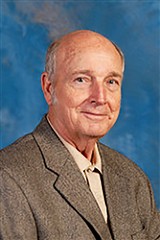 Byron Tapley, Aerospace Engineer at the University of Texas at Austin, has been recognized by Marquis Who’s Who Top Engineers for dedication, achievements, and leadership in engineering mechanics.

Interested in the field of engineering at an early age, Dr. Tapley first pursued it academically. He earned a Bachelor of Science in mechanical engineering at The University of Texas at Austin in 1956. He continued at the institution to receive a Master of Science and a PhD in engineering mechanics in 1958 and 1960. He began working at the university prior to receiving his undergraduate degree, working as an engineer at the Structural Mechanics Research Laboratory. Dr. Tapley has remained a faculty member of his alma mater throughout his career and is currently the Clare Cockrell Williams Centennial Chair for the Department of Aerospace Engineering and Engineering Mechanics and the Director of the Center for Space Research. In addition, he has consistently taught at the institution since 1960.

Published by Marquis Who's Who Moderator

View all posts by Marquis Who's Who Moderator